Claire Croizé and Etienne Guilloteau met at P.A.R.T.S. and have worked together closely ever since. 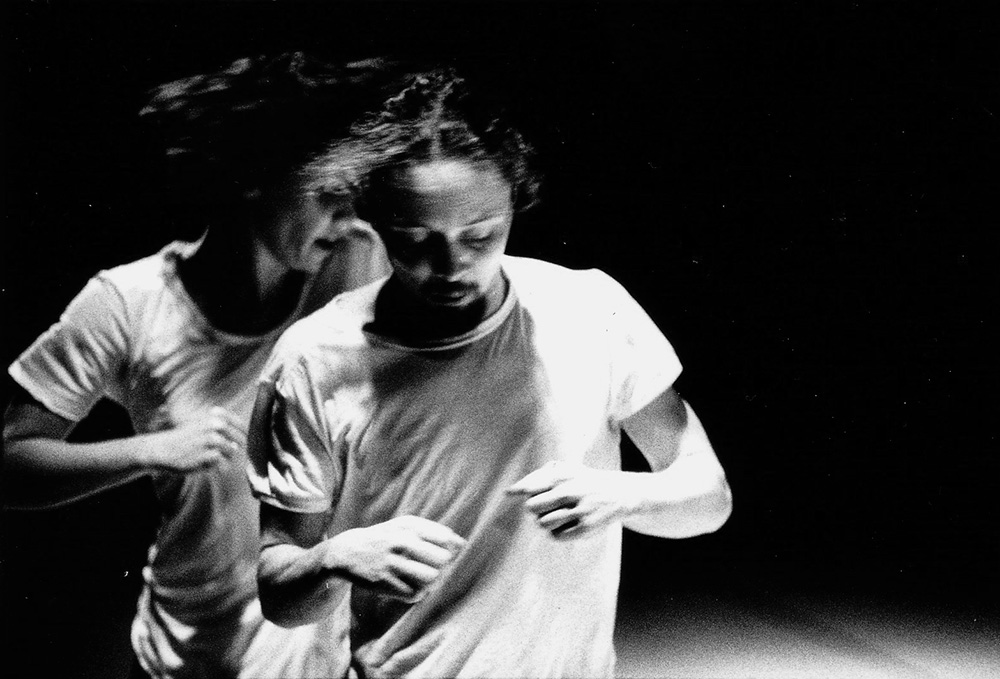 Skènè,
© Raymond Mallentjer
Deprecated: Function wp_make_content_images_responsive is deprecated since version 5.5.0! Use wp_filter_content_tags() instead. in /customers/a/c/0/ec-ce.be/httpd.www/wp-includes/functions.php on line 5381

Like many young choreographers, they settled in Brussels. After their studies they were both supported by WP Zimmer in Antwerp and first collaborated in 2007 for the video installation/performance Dido. In 2008, they founded the structure Action Scénique together with performance artist Nada Gambier. During the next eight years, Claire and Etienne would continue to intensify their collaboration. Together with Alain Franco they created Mouvement pour quatuor (2012), a performance for eight dancers with live music by Quatuor MP4.  Claire danced in several of Etienne’s choreographies, such as Skènè (2004), Tres Scripturae (2010) and Synopsis of a Battle (2013), and has most recently assisted him with Zeit-Bild (2015), Feu (2015) and The Diamond Sea (2016), while Etienne assisted Claire with the dramaturgy of a.o. The Farewell (2009), Vor deinem Thron (2010), Chant éloigné (2012), Primitive (2014) and EVOL (2016).

In 2016 Claire Croizé and Etienne Guilloteau continue their close professional relationship under the name ECCE. In this new constellation, they work as two individual choreographers with their own artistic language, but from a shared philosophy and a shared expertise. Often, their work can be situated on the intersection between dance and music, especially live music, which plays a prominent role in their choreography. They have collaborated with several national and international music ensembles and venues (B’Rock, Oxalys, MP4, Zwerm, The Stiftung Mozarteum Salzburg, oenm etc.). Etienne has, moreover, developed a close collaboration with pianist and musical director Alain Franco. With ECCE, Claire and Etienne continue to explore the relationship between (live) music and dance as house artists of Concertgebouw Brugge for the period 2017-2021.

ECCE stands for Etienne and Claire, Claire and Etienne. As artists, their work reflects themselves and their environment, but in their collaboration, they reflect and complement each other as well. 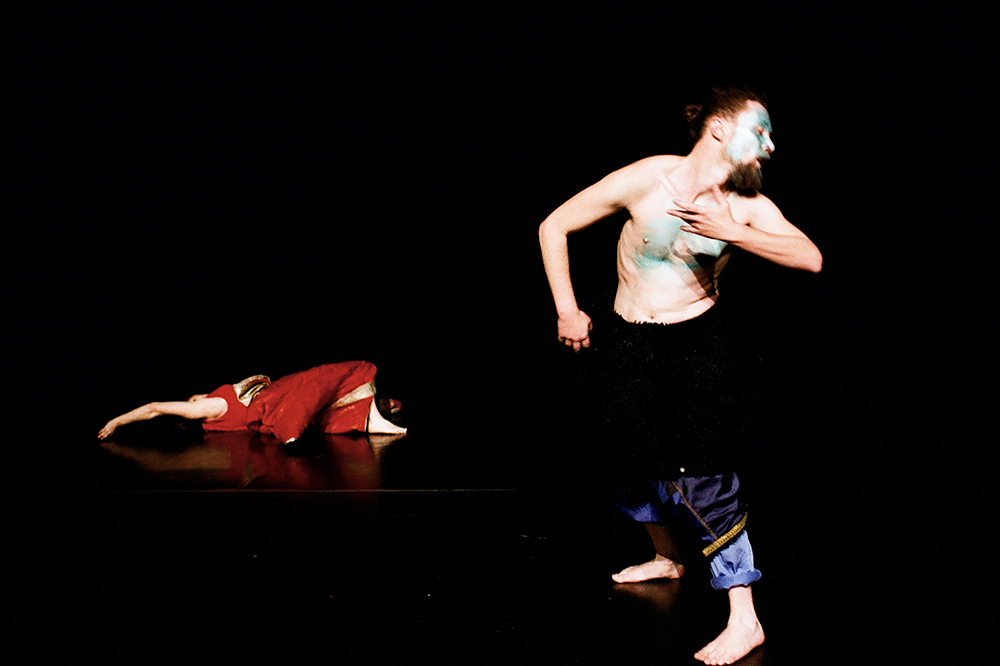 Synopsis of a Battle,
© Herman Sorgeloos
Deprecated: Function wp_make_content_images_responsive is deprecated since version 5.5.0! Use wp_filter_content_tags() instead. in /customers/a/c/0/ec-ce.be/httpd.www/wp-includes/functions.php on line 5381

They function as a cohesive unit with opposite but complementary ways of working: while Etienne first has an intellectual approach and only then a physical approach, starting from texts or philosophy and focusing initially on the structure and dramaturgy of the piece, Claire starts from her intuitive understanding of the body. “Ecce” literally means “Behold”, “Watch”. Watching as the basic act of a performance, which exists by grace of the spectator. The choreographer who is holding the moving body up for the spectator to behold, but at the same time presenting a concrete physical individual who is able to be watched and return this gaze, interacting with the audience. The word ECCE also refers to “Ecce Homo”, an important figure from the Christian liturgy, but more importantly it refers to the title of Nietzsche’s posthumously published autobiography. As the famous philosopher looks back at himself in this book and critically analyzes his life’s work, so is the work of Claire and Etienne based on reflection: every creation builds on previous work. For this purpose, Claire and Etienne work on the development of educational activities surrounding the productions of ECCE: aftertalks, lectures, workshops and open rehearsals create a space for reflection and exchange, drawing the audience more deeply into the performance.

For Claire Croizé (France, 1979), the body is a sensitive instrument, resonating with the dancer’s complex emotional life. 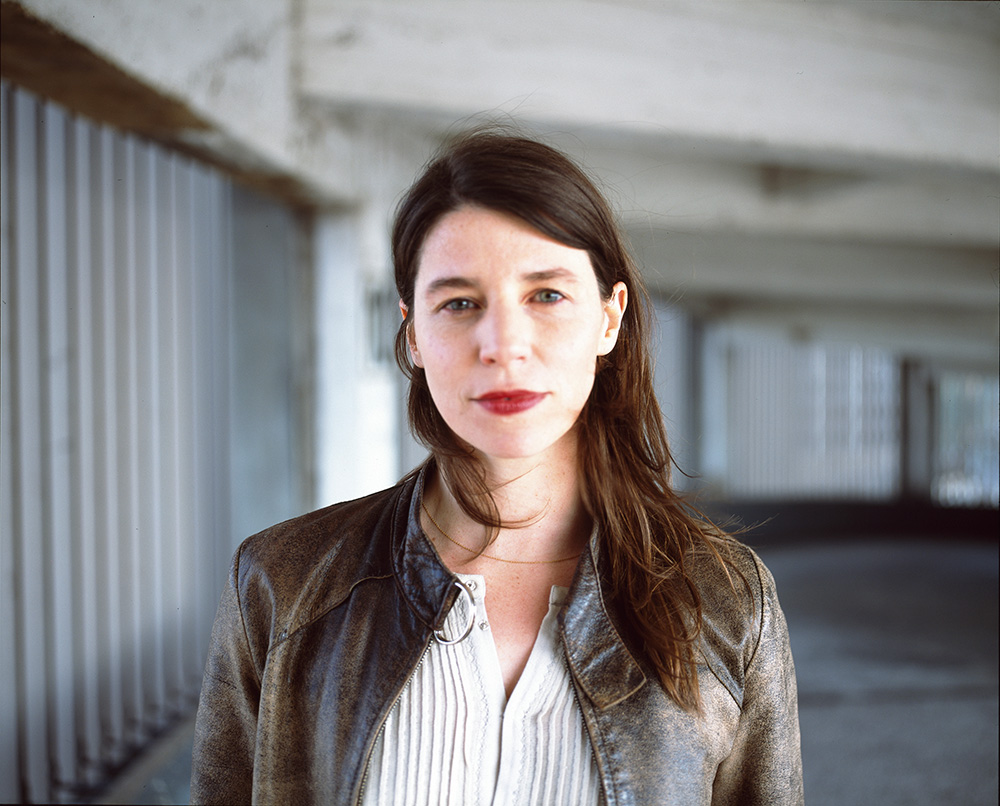 © David Bergé
Deprecated: Function wp_make_content_images_responsive is deprecated since version 5.5.0! Use wp_filter_content_tags() instead. in /customers/a/c/0/ec-ce.be/httpd.www/wp-includes/functions.php on line 5381

Her creations are about exploring these emotions while creating an intimate connection with the audience. Claire’s work starts from what is happening in the studio; she looks at the body to find a solution to the questions brought up during the creation process. Her dedication to the work of movement and physicality allows her to start from the smallest building blocks of a performance. The past years Claire started to experiment with creating in silence, letting her dancers discover their own musicality and develop a personal movement language.

Claire graduated from P.A.R.T.S. in 2000. Her graduation project, Donne-moi quelque chose qui ne meure pas, was hailed by the French press as one of the discoveries of PARTS@PARIS. She quickly followed with the solo Blowing Up (2002), produced by PACT Zollverein (Essen), and the trio Runway #1 (2003), created for the Off Limits festival. Claire started working under the support of WP Zimmer (Antwerp) in 2006, and premiered at STUK (Leuven) with Affected, an internationally acclaimed performance consisting of three solos for three women on Gustav Mahler’s Kindertotenlieder. This was also the first collaboration with Jan Maertens, her regular light designer. In 2009, she pursued her work on Mahler’s music with The Farewell, which won the prestigious Prix Jardin d’Europe. During the 2011 Mahler Festival in CC Hasselt and the Festival van Vlaanderen in Kortrijk, she created a version with live music by the Oxalys ensemble, titled The Last Farewell. Claire also worked with live music, by the Belgian Baroque band B’Rock, for Vor deinem Thron, a solo on the last compositions of Bach (2010, Klarafestival/Kaaitheater). In 2012, she created Chant éloigné, a group piece based on music by composers of the Second Viennese School. Her 2014 production Primitive is an open air creation made with three young and talented dancers. It premiered in Paris at the Atelier de Paris/Carolyn Carlson during the JUNE EVENTS festival, and toured extensively all over Europe. In EVOL, a piece for four dancers which premieres in October 2016 in STUK, Claire takes a step into the world of pop music with music by David Bowie.

An important aspect of Claire’s artistic career is her experience giving workshops to different audiences. Some of the places where she has given workshops include P.A.R.T.S. (Brussels), the international dance dialogues with Janet Panetta (NY), Stary Browar (Poland), and STUK (Leuven). Next to her impressive portfolio, Claire has worked as a dancer for Caterina Sagna, Andy Deneys, Étienne Guilloteau, Hooman Sharifi, Jean-Luc Ducourt, Philippe Blanchard, Alexander Baervoets, Anabel Schellekens and Kris Verdonck.

Etienne Guilloteau is interested in the physical language of dance, as a form of expression that goes beyond the direct meaning of words, and how people relate through dance through their relation with their own body. 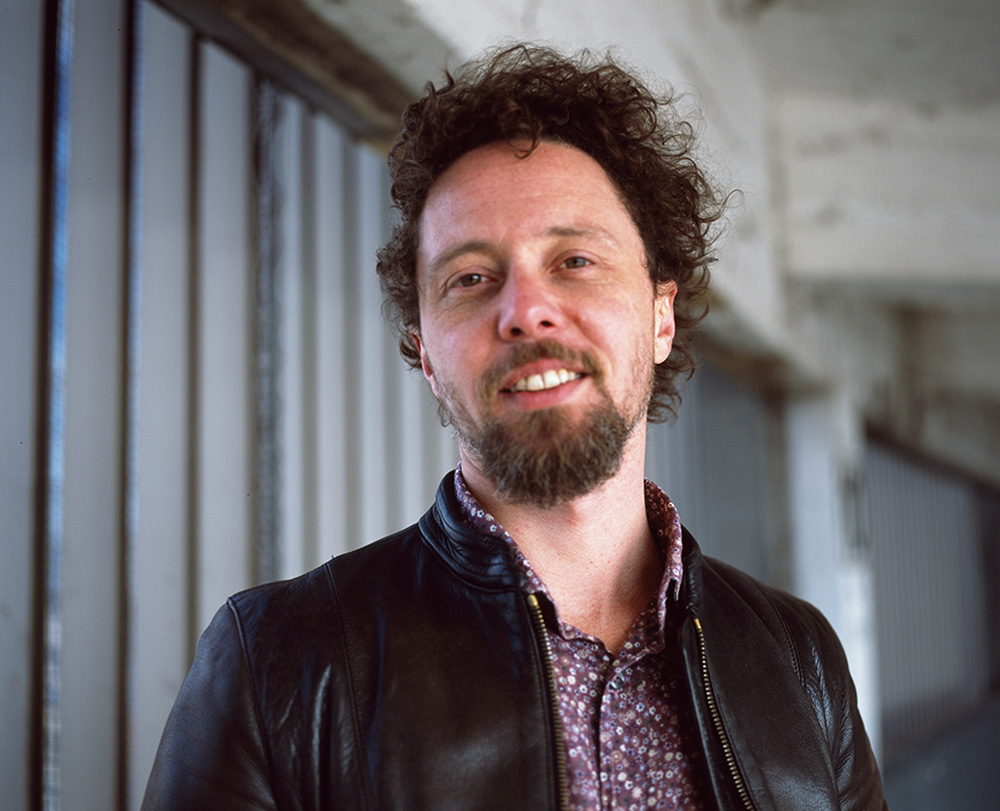 © David Bergé
Deprecated: Function wp_make_content_images_responsive is deprecated since version 5.5.0! Use wp_filter_content_tags() instead. in /customers/a/c/0/ec-ce.be/httpd.www/wp-includes/functions.php on line 5381

Etienne was born in 1976 in Poitiers, France. After a couple of years at the conservatory of Poitiers, he joined P.A.R.T.S. in 1998, and finished his studies in 2002 with the solo Love me two times, which toured internationally. He immediately started his collaboration with wp Zimmer in Antwerp, where he made the duets Skènè (2004), with Claire Croizé, and La Magnificenza (2006), performed with dancer Vincent Dunoyer and with Hans Meijer, who would become his regular light designer.

Etienne likes to question the interaction of the various elements that compose theatre performance and representation, trying to grasp the chemistry that transforms those elements into possible narration, meaning, evocation, remembrance. In 2008, Étienne created two “études”: Prima dell’atto, a piece for children on Debussy’s music presented during the Krokus festival in Hasselt, and DAAD, a solo on music by John Cage (“Experiences”) shown during “Hit the stage” at Monty (Antwerp) in 2009. During the 2010 Kunstenfestivaldesarts, he premiered Tres Scripturae, a piece for three dancers, a pianist (Alain Franco) and a light technician (Hans Meijer). His more recent creations are The Gyres (2013), commissioned by the TDT (Toronto Dance Theater); his love duet Synopsis of a Battle (2013); and Feu (2015), a solo for the talented argentine dancer Cecilia Lisa Eliceche with live music by the electric guitar quartet ZWERM. In November 2015 he was invited by the DIALOGE festival in Salzburg to create Zeit-Bild, a piece for eight dancers from SEAD (Salzburg Experimental Academy of Dance) on live music by the oenm (Österreichisches Ensemble für Neue Musik). For the 2016 production 7 Dialogues by the German ensemble Dance On, Etienne developed a short solo for Ami Shulman. In 2016 he also created a performance with 9 young dancers of esc ungdomskompani, titled The Diamond Sea, which opens Oktoberdans in Bergen on October 20th.

Besides his choreographic work, Etienne danced for several people such as Vincent Dunoyer, Rosas, Charlotte Vanden Eynde and especially Marc Vanrunxt. He also designed the light for several performances such as Once Upon A Time in Petaouchnok by Nada Gambier and Dominos and Butterflies by Busy Rocks.