Duet for two string trios is a coming together of pure dance and music, lyrical, intense and disruptive, like the times we live in. 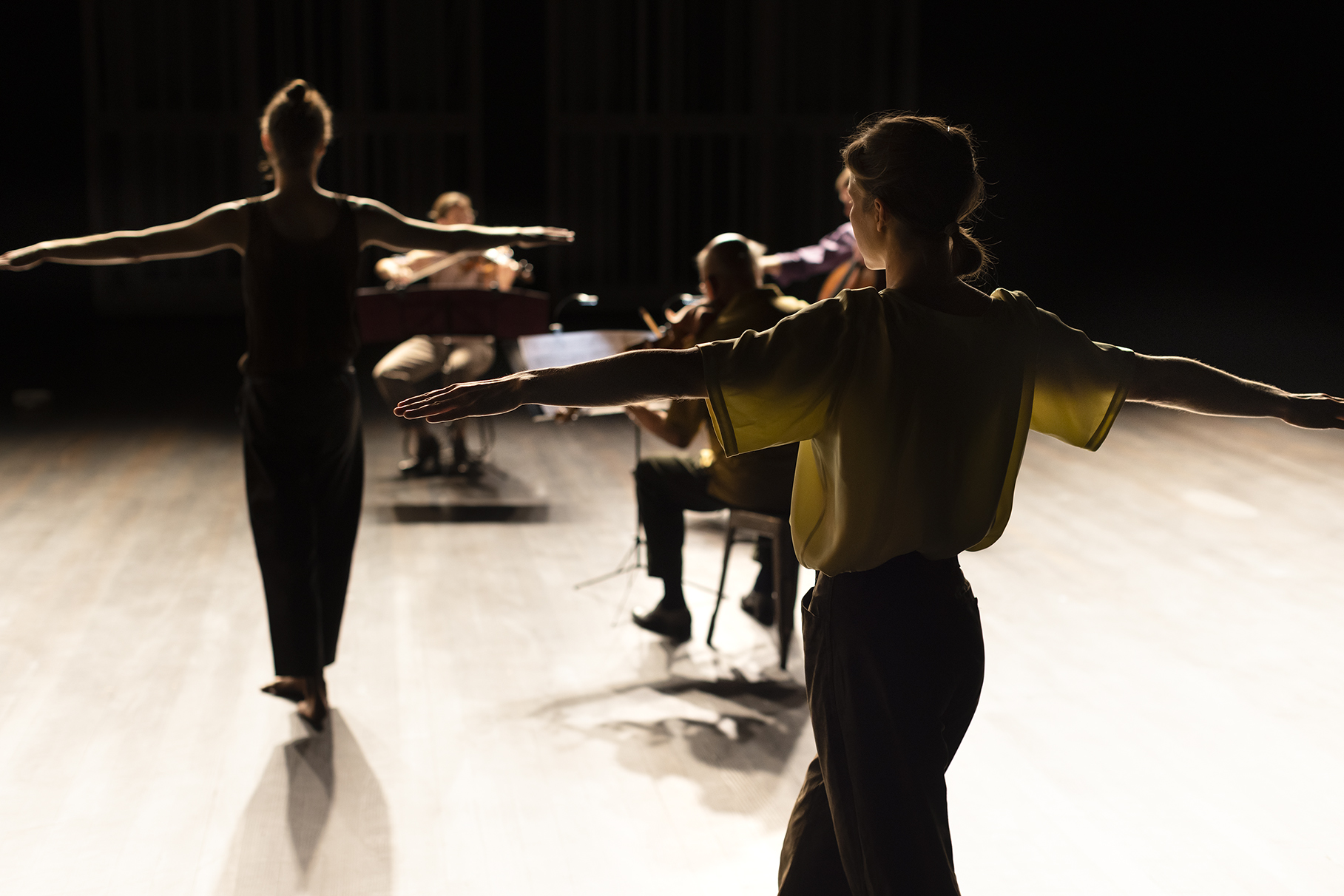 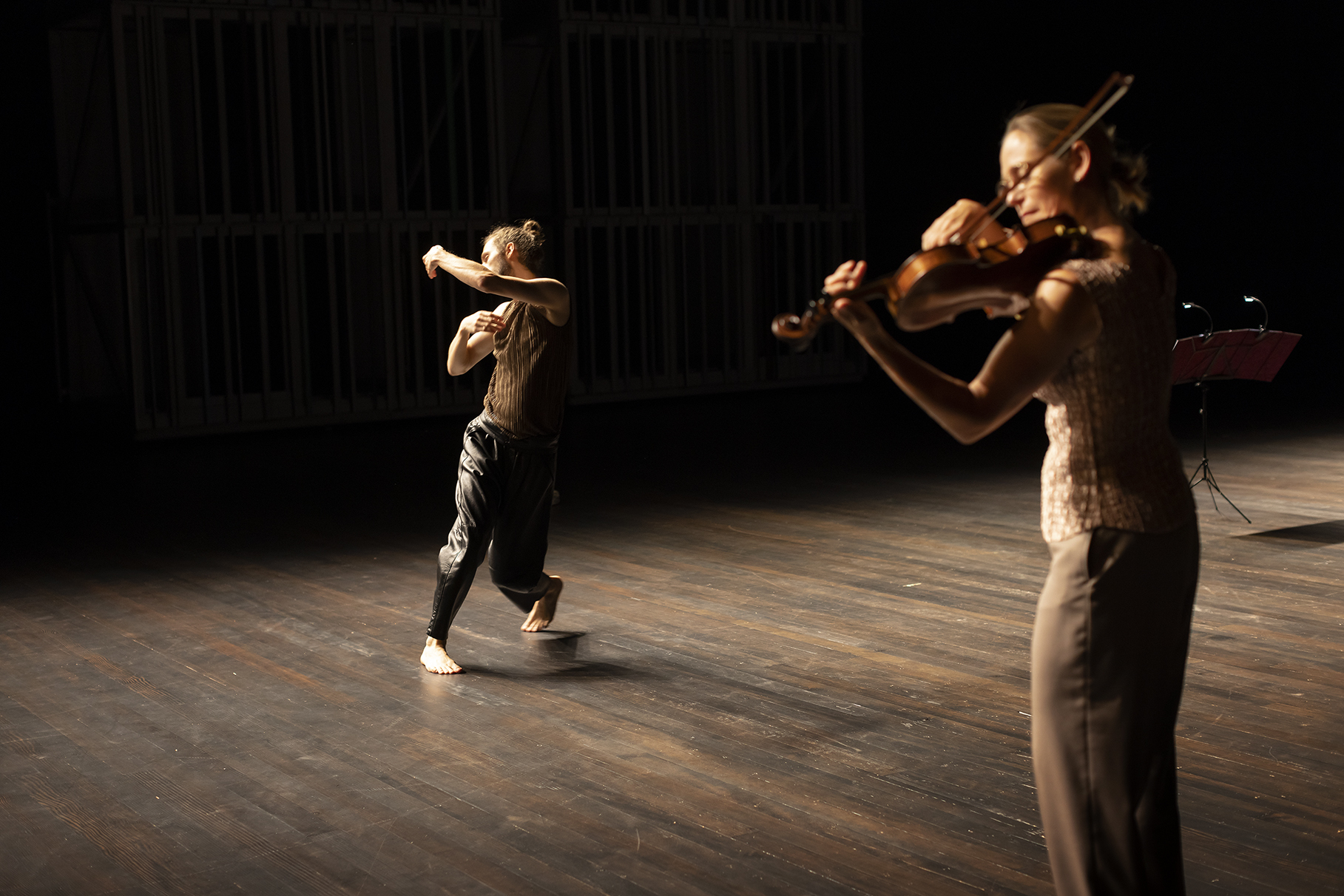 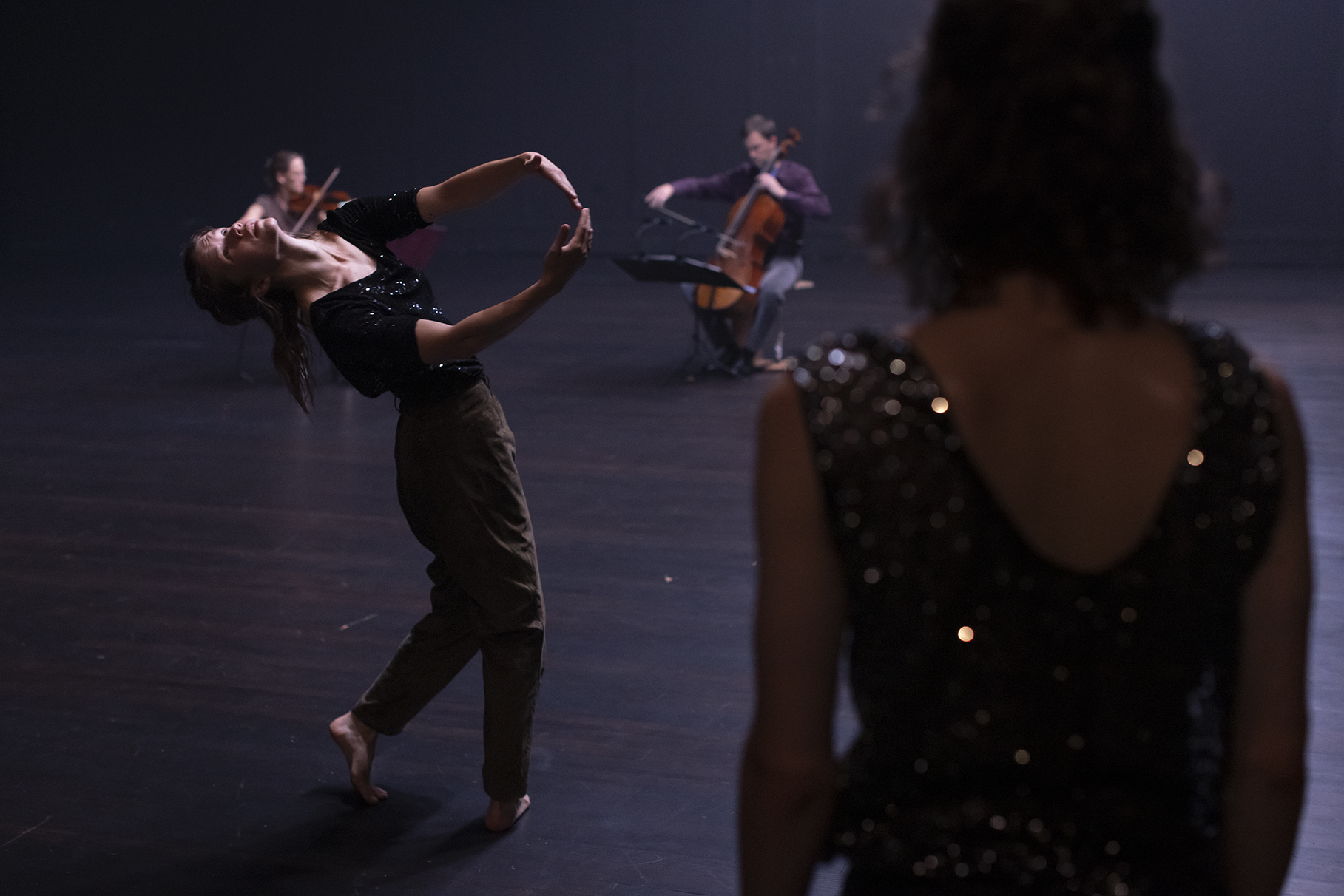 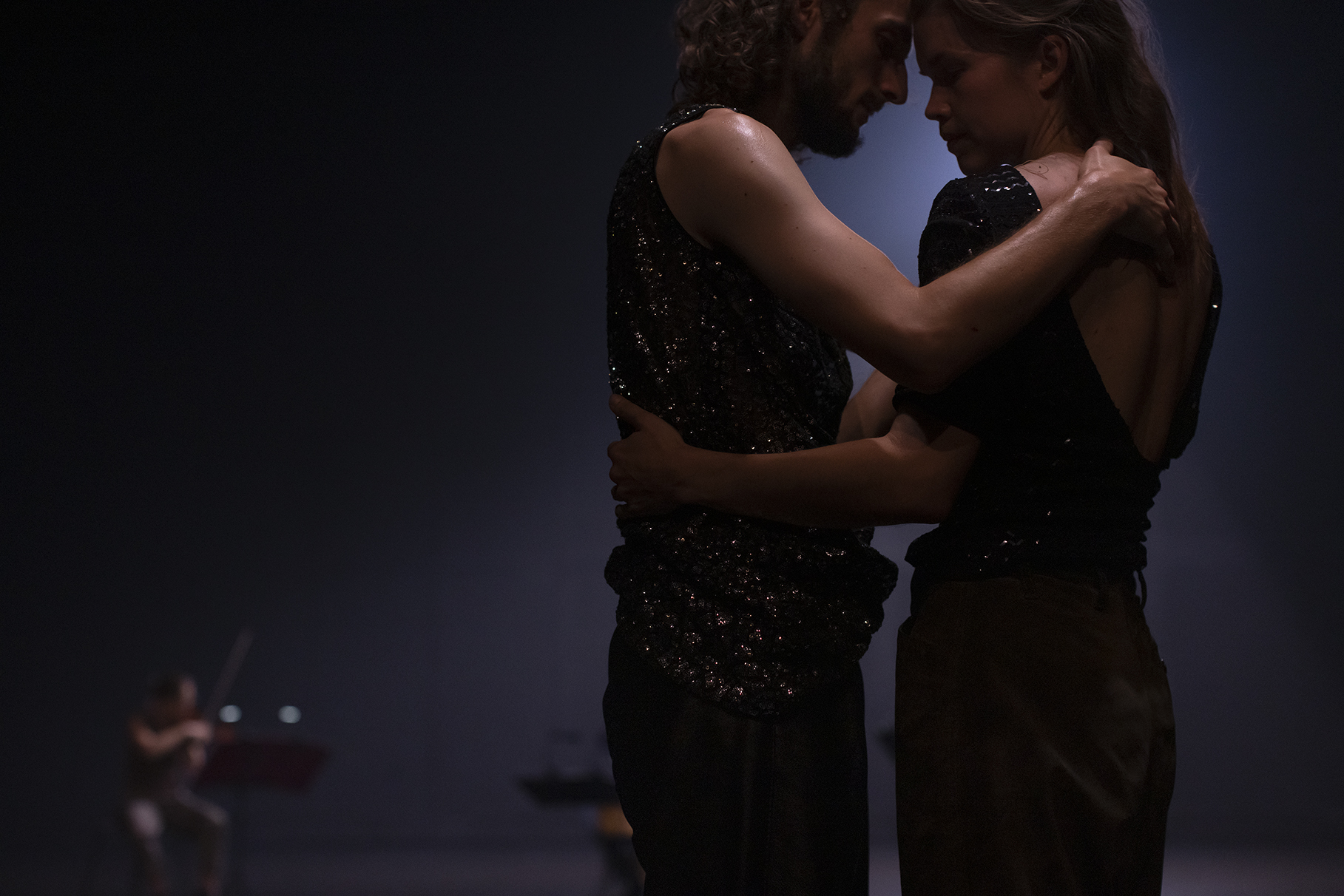 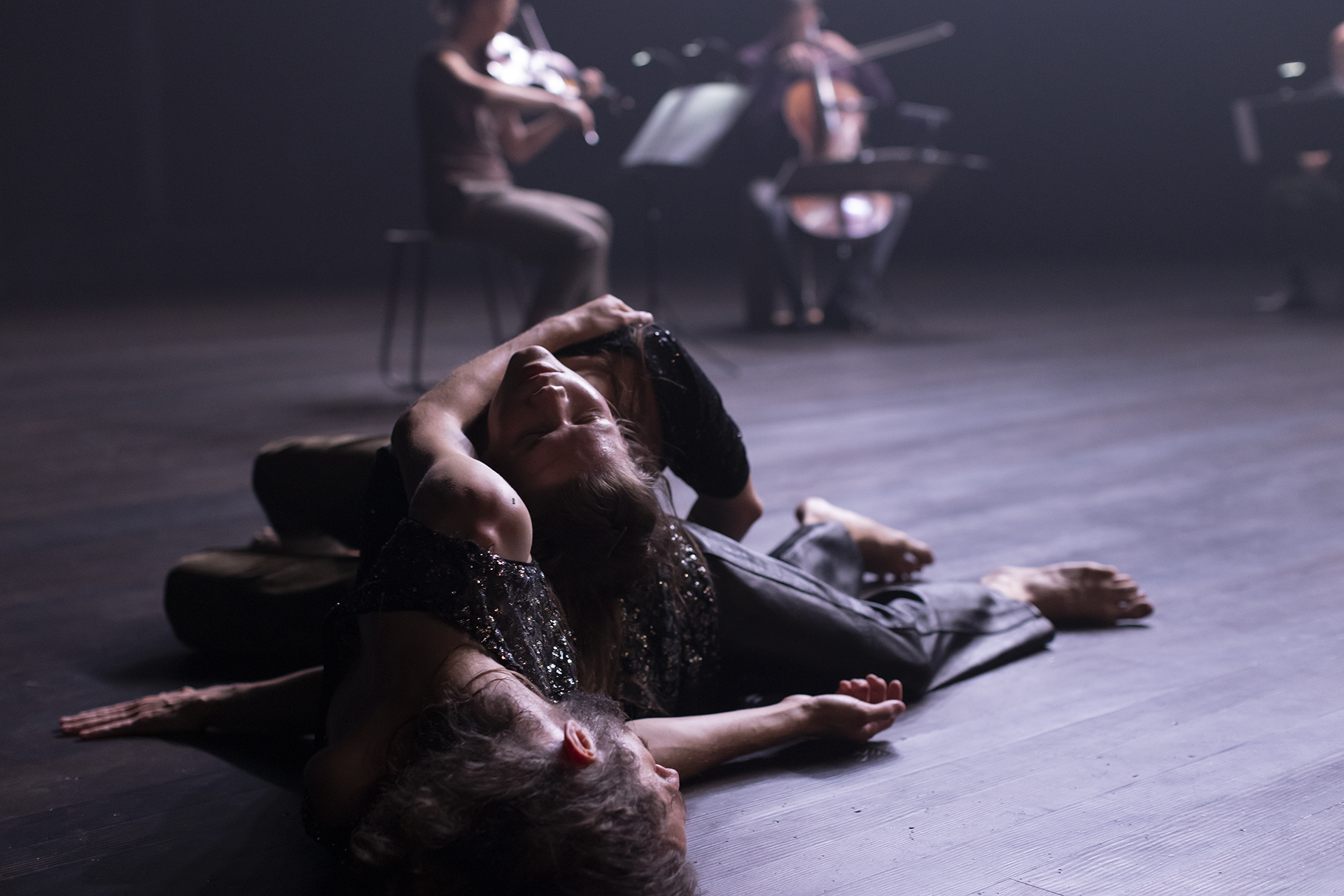 How do you translate the intensity, complexity and physicality of a piece of music to dance? Can you read the movements of a composition through the body? For her new creation Duet for two string trios Claire Croizé teams up with the Goeyvaerts String Trio, looking for answers to these questions through two string trios by the contemporary composer Charles Wuorinen.
The first piece was made in 1968, and the second, which is dedicated to the Goeyvaerts String Trio, in 2017. This half-century interval can be felt in the strong contrast between the two: where the first piece is bursting with expressive energy, the second moves with restraint and quiet lyricism.
Dancers Emmi Väisänen and Jason Respilieux offer their bodies as a counterweight to this auditory onslaught. Music and dance circle each other in a play that is as dynamic and changeable as the string trios themselves: never a one-on-one translation, always a dialogue. Inspired by the turn-of-the-century musical influences of Wuorinen and the verses of Pavese and Rilke, Duet for two string trios tells a story that is as intense and disruptive as the times we live in.

In 1970 Charles Wuorinen became the youngest composer ever to win the Pulitzer Prize, and in 2014 he received worldwide acclaim with his operatic adaptation of Brokeback Mountain, Annie Proulx’ famous short story. He died in the spring of 2020, making this performance a tribute to his life and work.