“Mer-”, refers to the Indo-European roots of “Mourir”, the French word for dying. At the same time it also refers to the sea, la mer, in French: as a metaphor for death, which carries the idea of something “beyond” the horizon, a sense of boundlessness, mystery and the unknown. 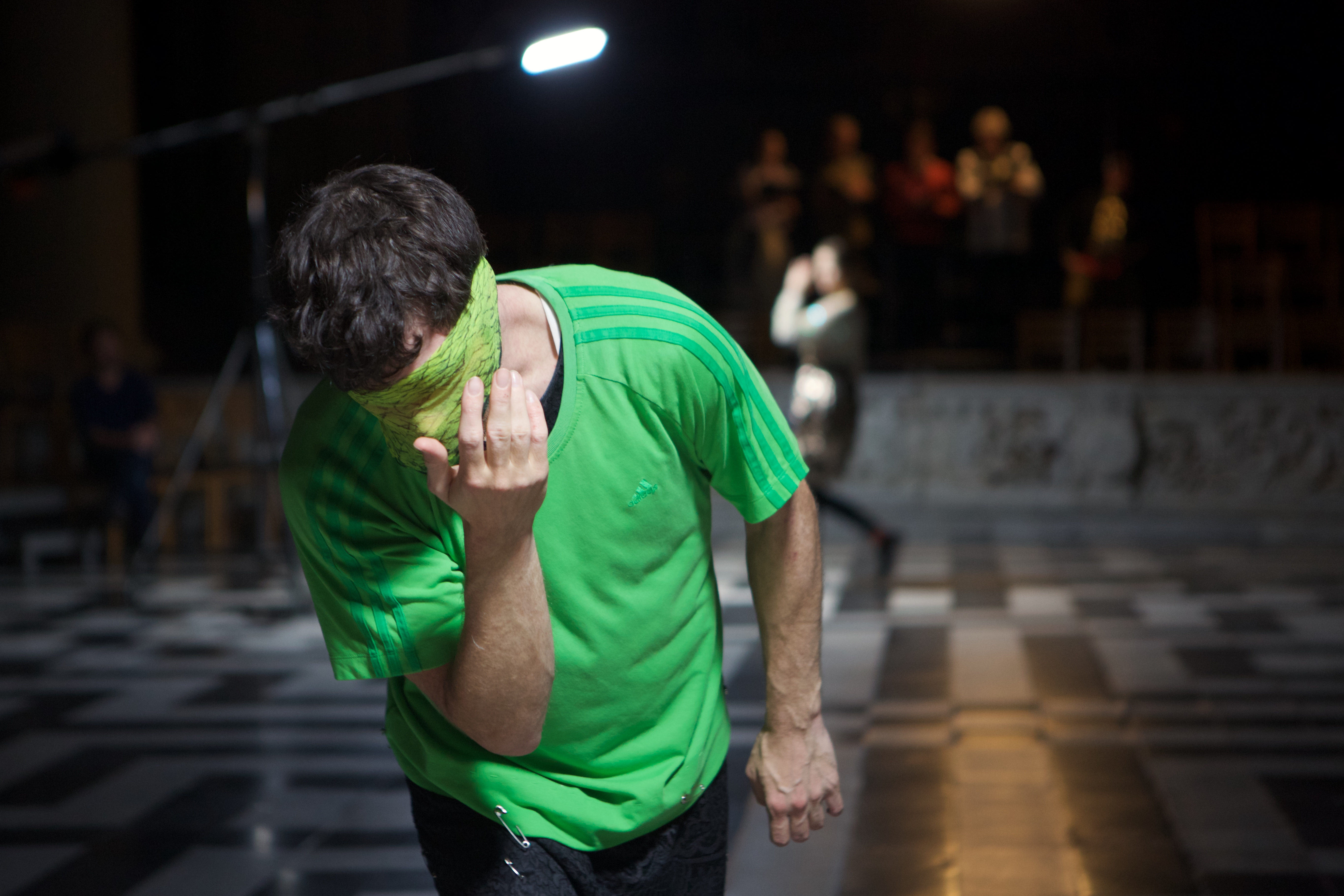 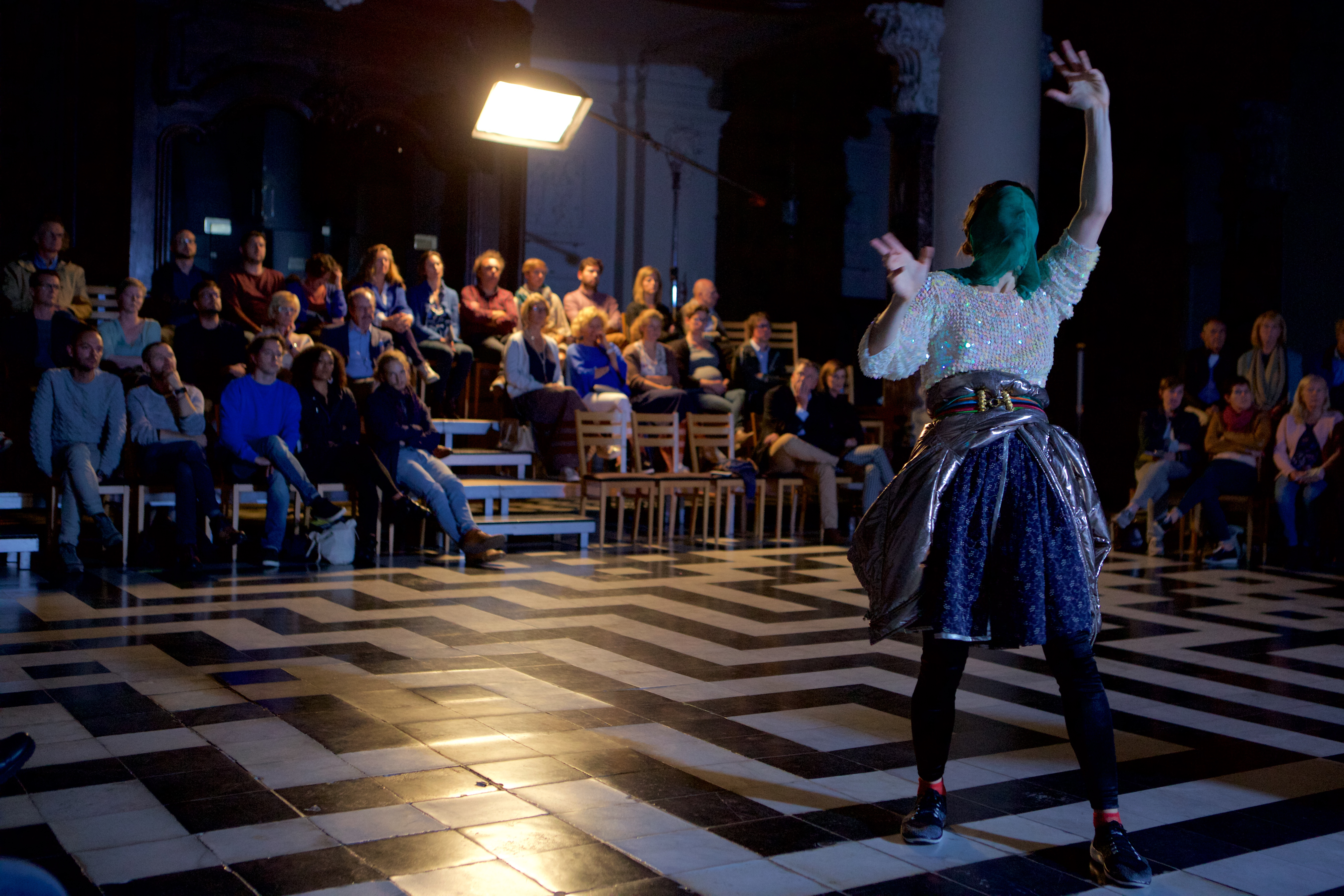 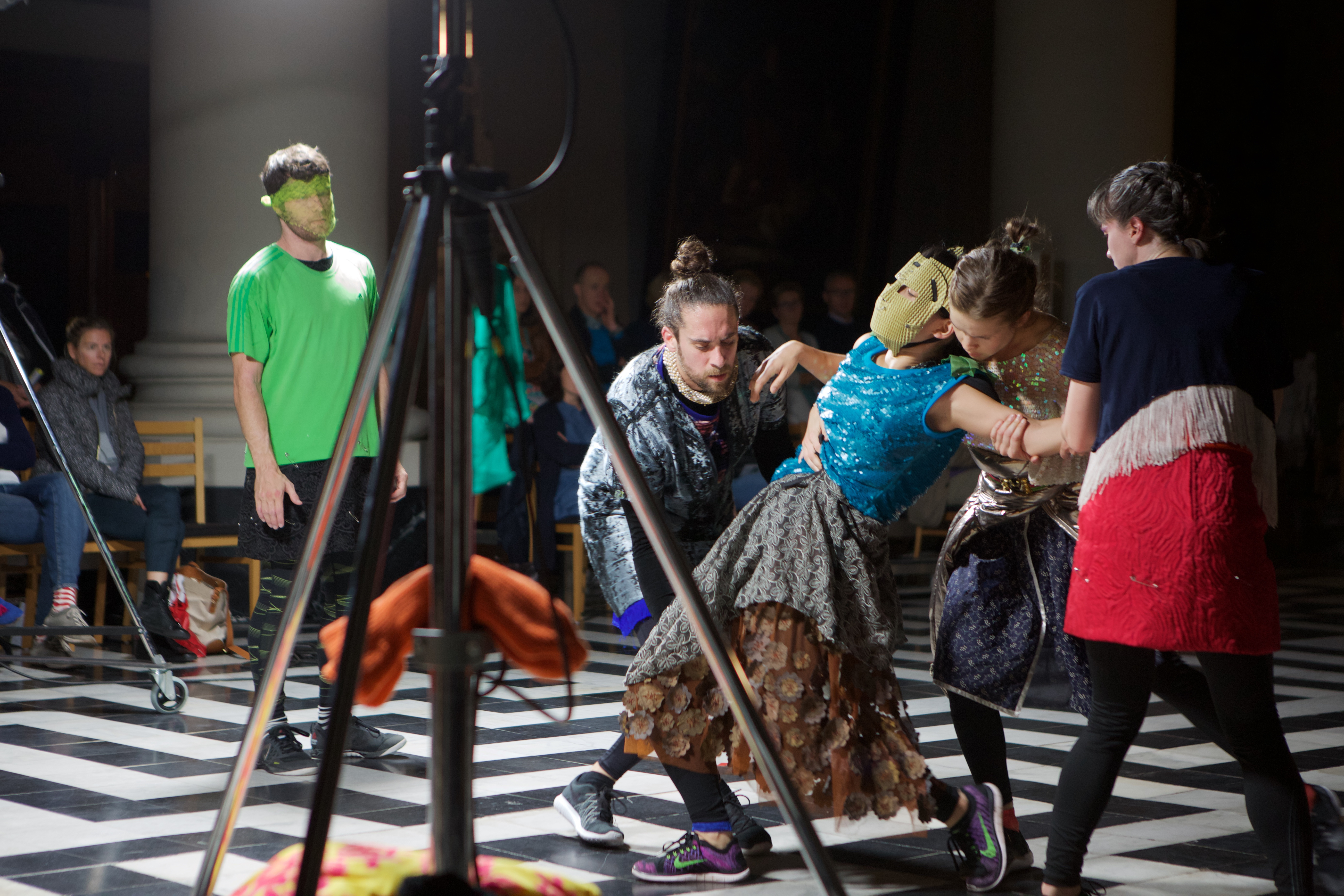 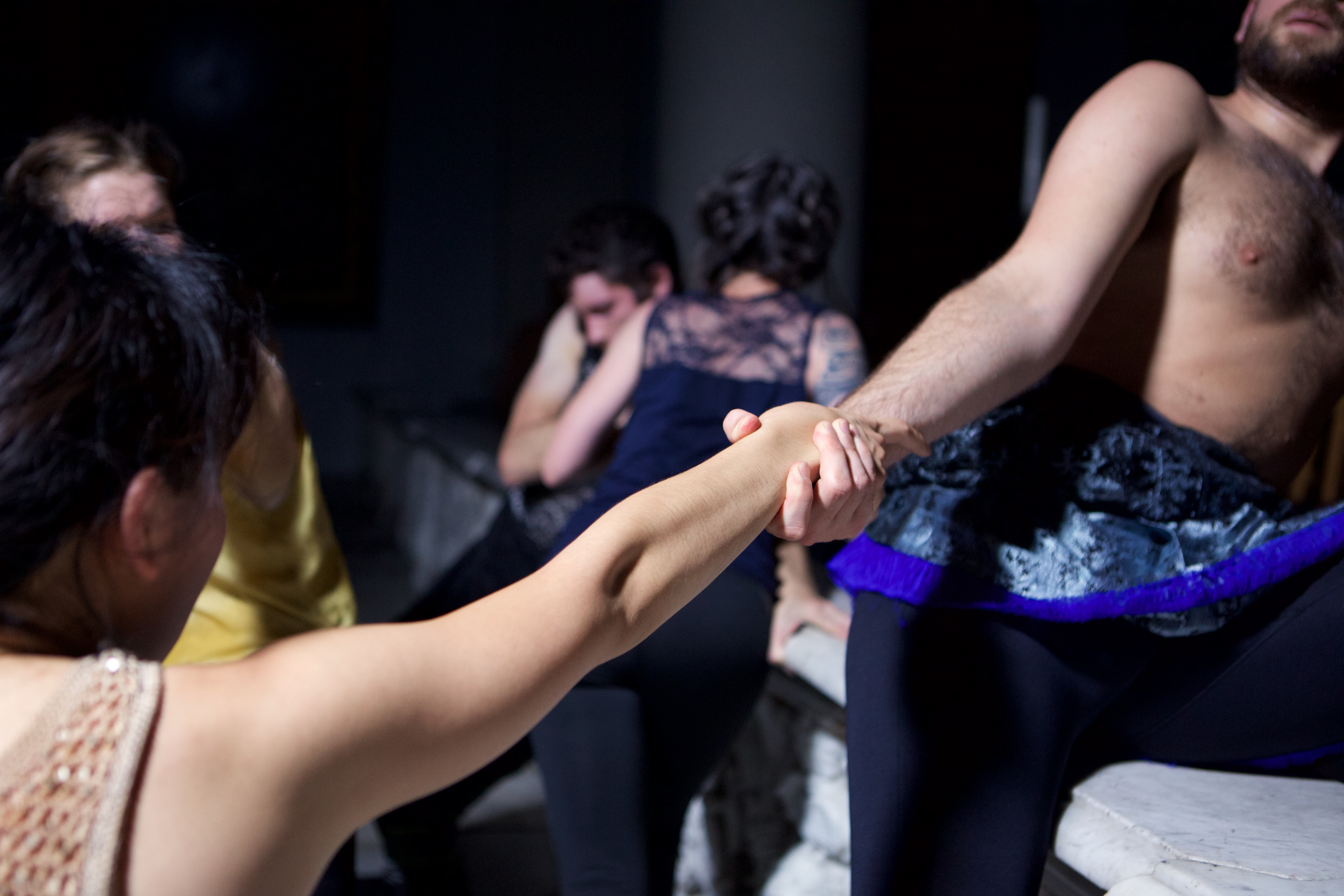 The concept of “finiteness” is a vital part of the work of Claire and Etienne, and played a central part in productions like Affected (2006), The Farewell (2009) and Chant éloigné (2012). In Mer- the choreographers explore this theme more deeply: death is front and center, but there is still room left for lightness and joy. Dying is, after all, an integral part of life, and Claire and Etienne research both sides of this balancing act: dying as the most exceptional, most unthinkable thing to happing in a human life, and at the same time the most trivial, most common human experience. Gilles Deleuze famously said that death begins at birth. Not a static event, but a constant movement, like a free fall that lasts our entire life. The idea of dying as a performance is the motor of movement in this dance creation.

Mer- is a piece for five dancers and five singers, built on Requiem-music and other renaissance music. The music is executed by Marnix De Cat’s Pluto Ensemble, who are specialized in early music. This creation is meant for both theatre spaces and alternative spaces such as churches. It will be Claire and Etienne’s first creation based on a mixture of religious and profane music, full of drama and austere beauty. Dance and singing merge in a performance where death is recognized in a celebration of life.