With Primitive, Claire Croizé abandons the theatre frame and deals with natural circumstances, putting the dancing body in unusual locations and creating a closer and more intimate relationship with the audience. 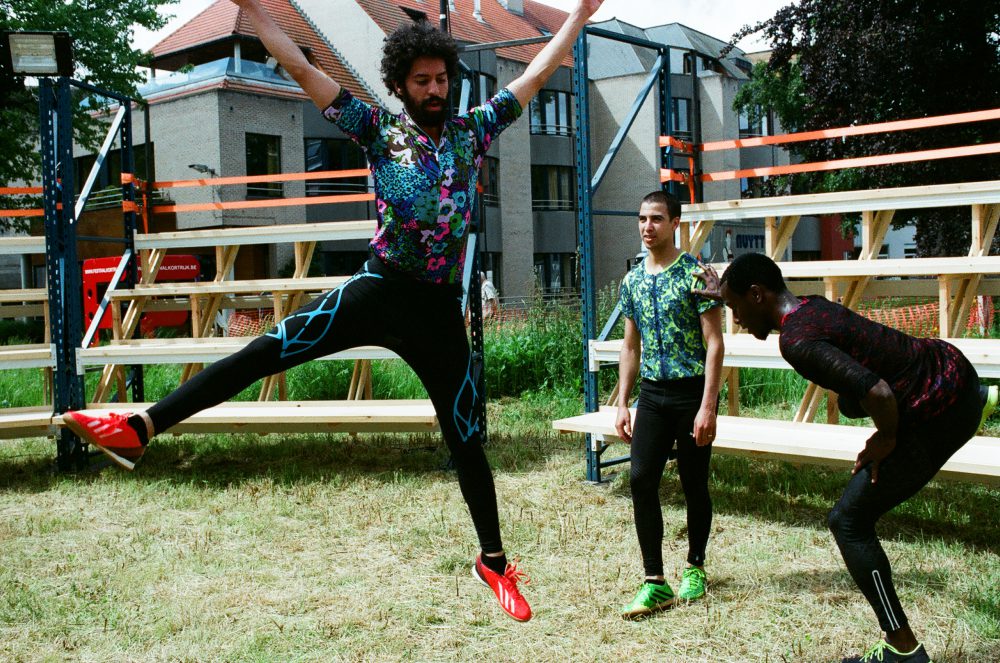 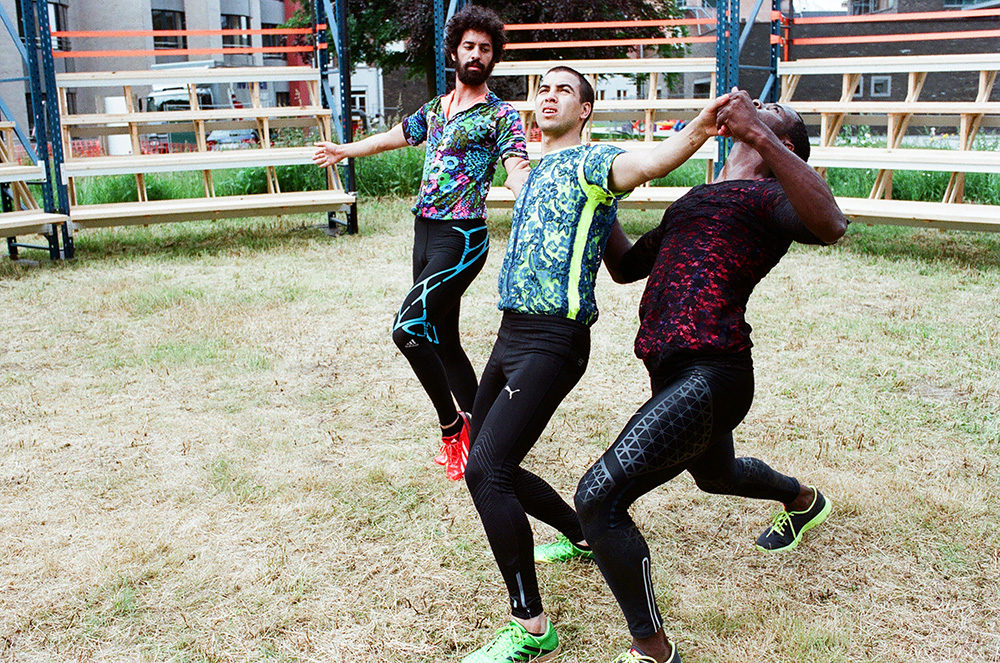 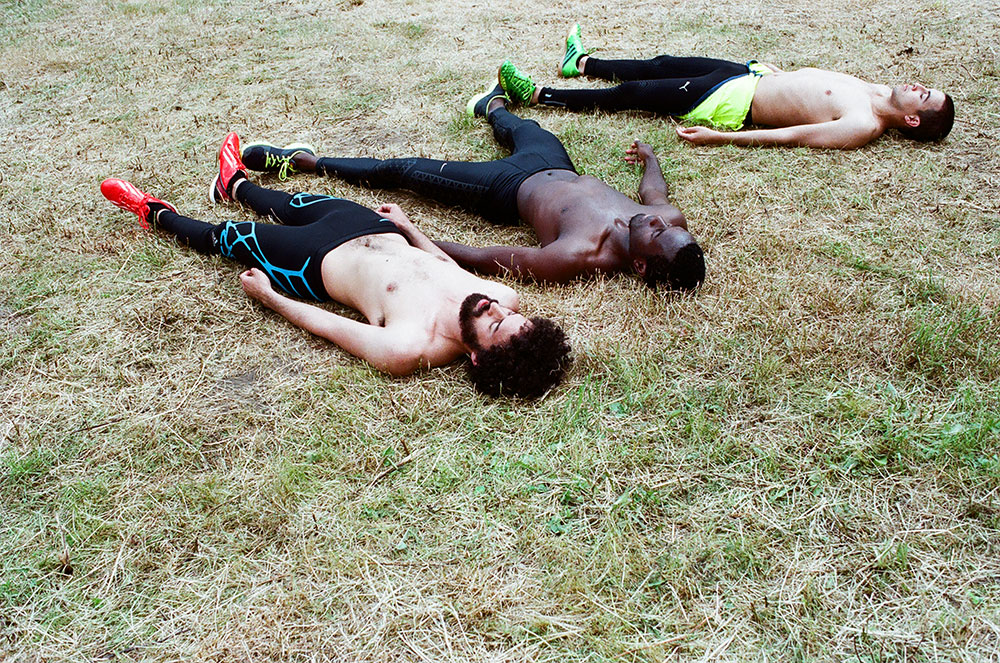 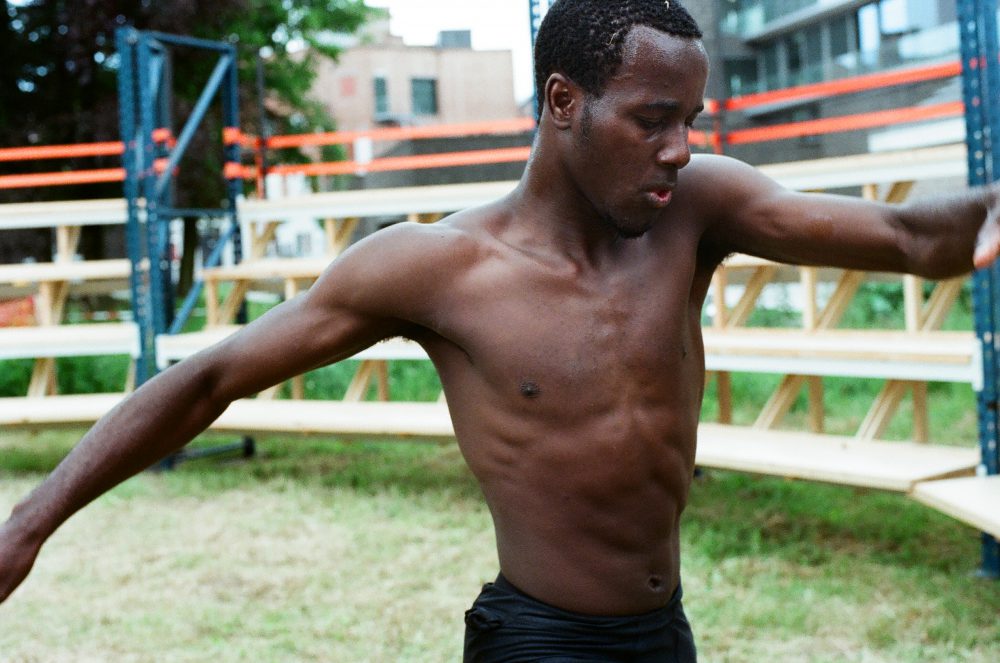 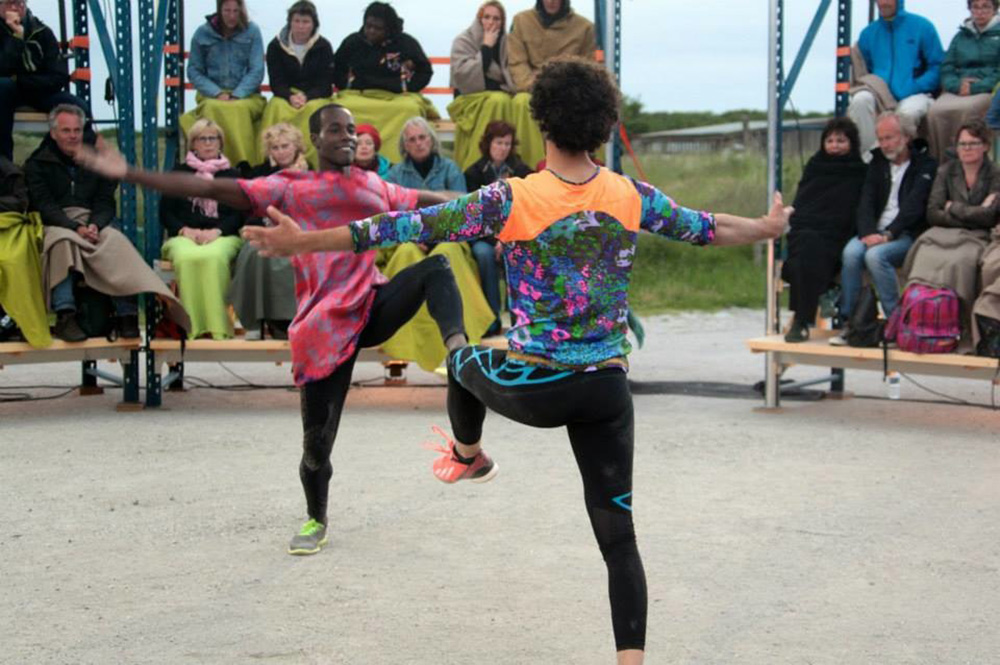 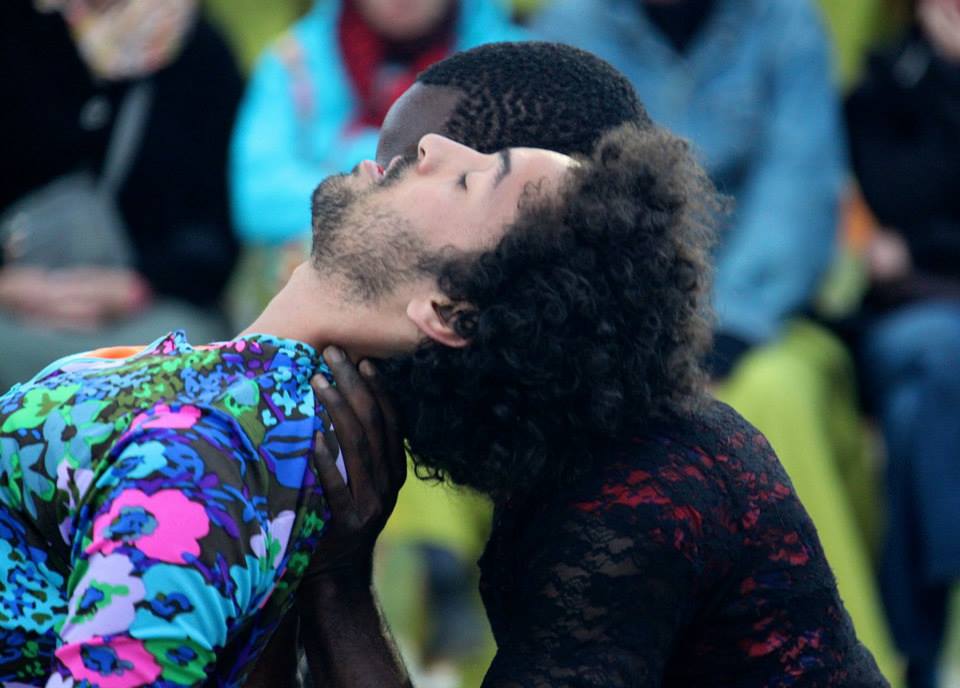 Gathered on a structure conceived by set designer Jozef Wouters, the spectators surround the performance space and enjoy a privileged encounter with the dancing body. A trio created with young and talented dancers José-Paulo dos Santos, Youness Khoukhou and Radouan Mriziga, conceived to be performed both inside and outside in different natural environments. In a genuine tribute to youth and vital force, Primitive evokes a return to the source, to the origin, playing on the ambivalence of a positive yet destructive energy.

For upcoming performances, check out the agenda.
Choreography
Etienne Guilloteau
Dance
Youness Khoukhou, José-Paulo Dos Santos, Radouan Mriziga
Set design
Jozef Wouters
Technical coordination and lights
Marc Dewit
Artistic assistant
Etienne Guilloteau
Costume design
Anne-Catherine Kunz
Production
Action Scénique
Financial management
Klein Verzet
Production
Action Scénique vzw and Toronto Dance Theatre (TDT)
Co-production
IN SITU (Theater op de Markt, Terschellings Oerol Festival, Čtyři dny), CCN de Franche-Comté à Belfort, CDC Paris Réseau (micadanses, studio Le Regard du Cygne, Étoile du nord, Atelier de Paris – Carolyn Carlson), Atelier de Paris-Carolyn Carlson, Kunstencentrum BUDA
In collaboration with
WP Zimmer, Takt Dommelhof
With the support of
the Flemish authorities
“… Even the most embittered misanthrope cannot ignore the beauty of the dancer’s bodies and their energy. The dance shows their beauty and emphasizes their physical and cultural differences. The thick packed audience enjoys their closeness and the evident pleasure they are dancing with.”
Y. Visser, Cultuurpodium online, Jun 2014
“Creators have their own ways to deal with site-specific factors. There are some who fully bring the environment into their show. And then, there are others who rather fold an outdoor location into what looks like an open-air version of a regular theater. To this group, I count Primitive by French choreographer Claire Croizé…Precisely in its hyper constructed formality the show captures the primal energy of her source of inspiration. So, despite her apparent reluctance to admit the outside world, Claire Croizé succeeds in coaxing a powerful contemporary language from the social and ritual memory of dance.”
L.Dierckx, Etcetera, Aug 2014
Fyllenia’s dream