For Zeit-bild, a performance with nine dancers and eight musicians, Etienne Guilloteau takes his inspiration from Henri Bergson’s belief that duration is measured not in the seconds, minutes and hours of time, but in smells, pleasure, pain and other sensations. 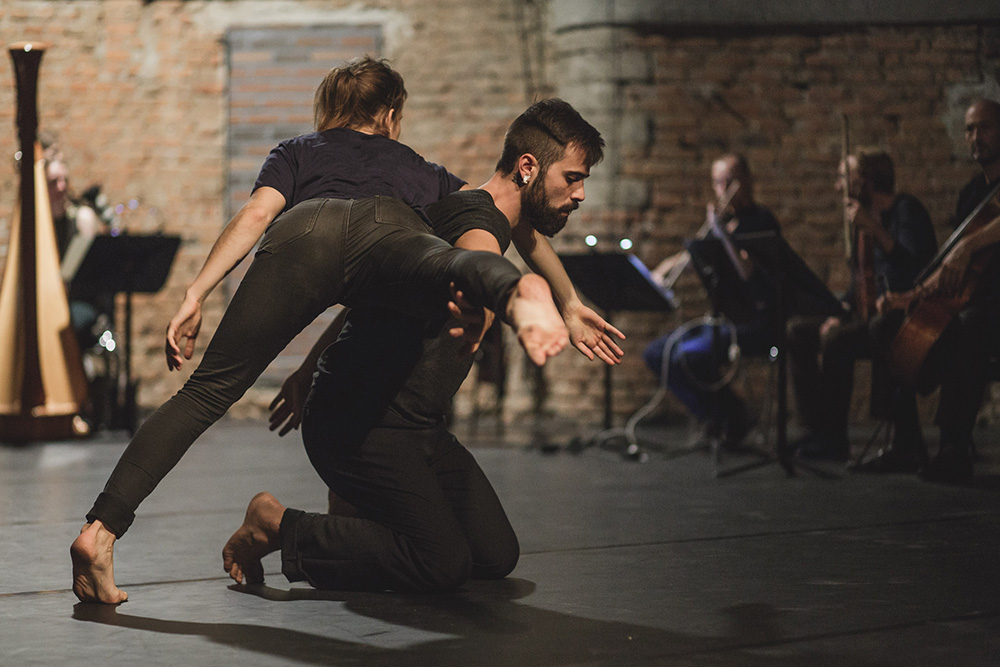 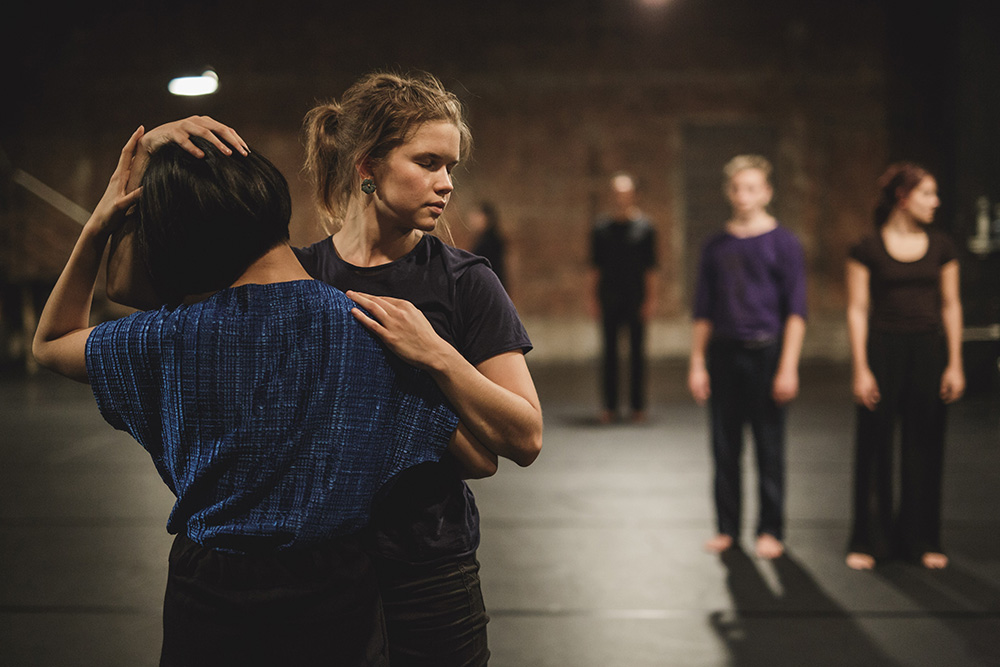 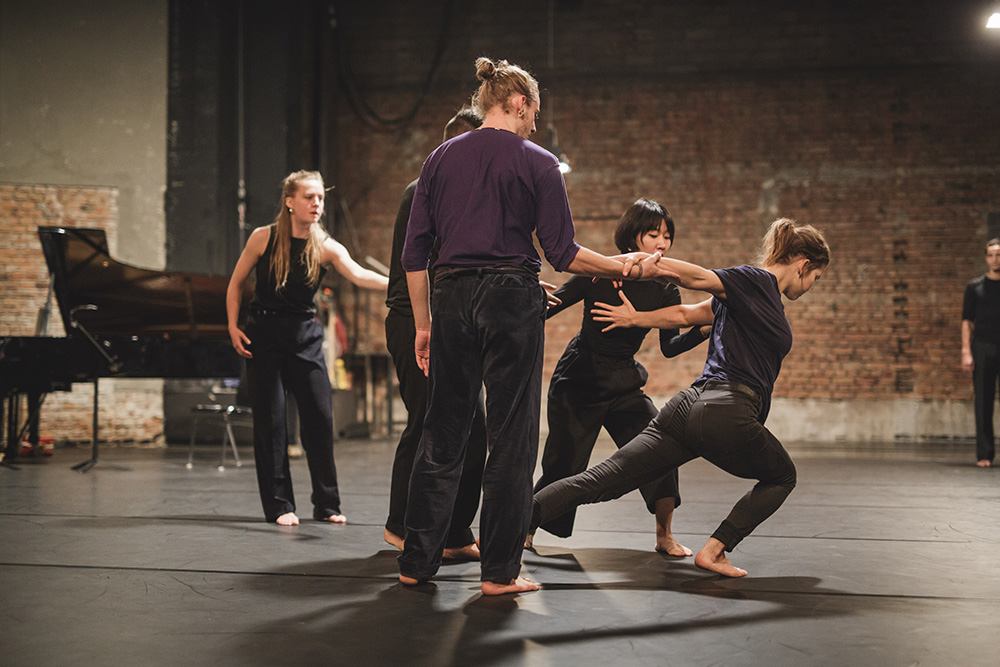 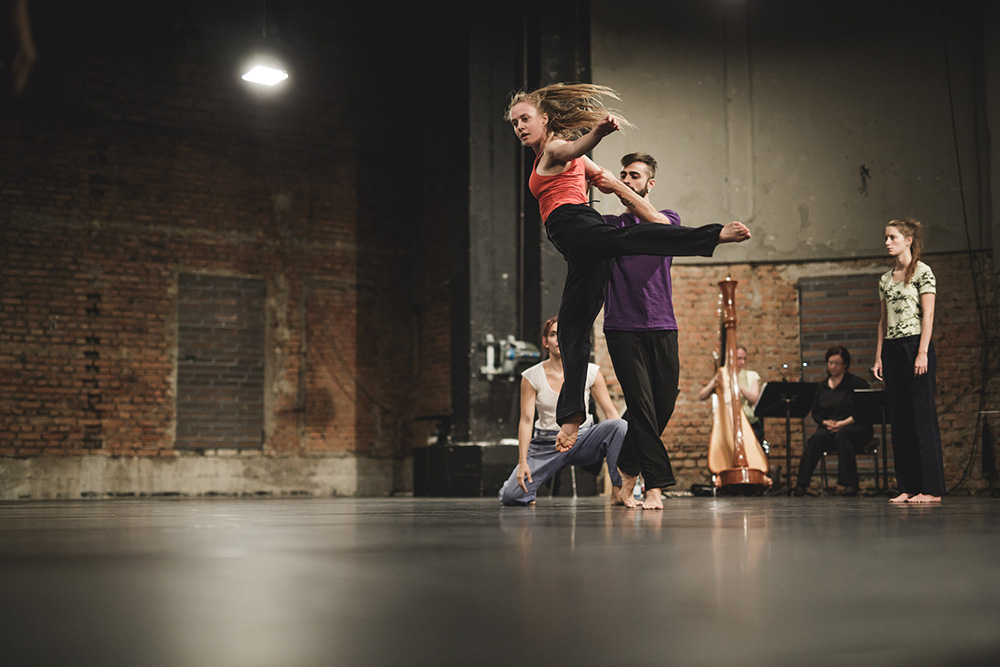 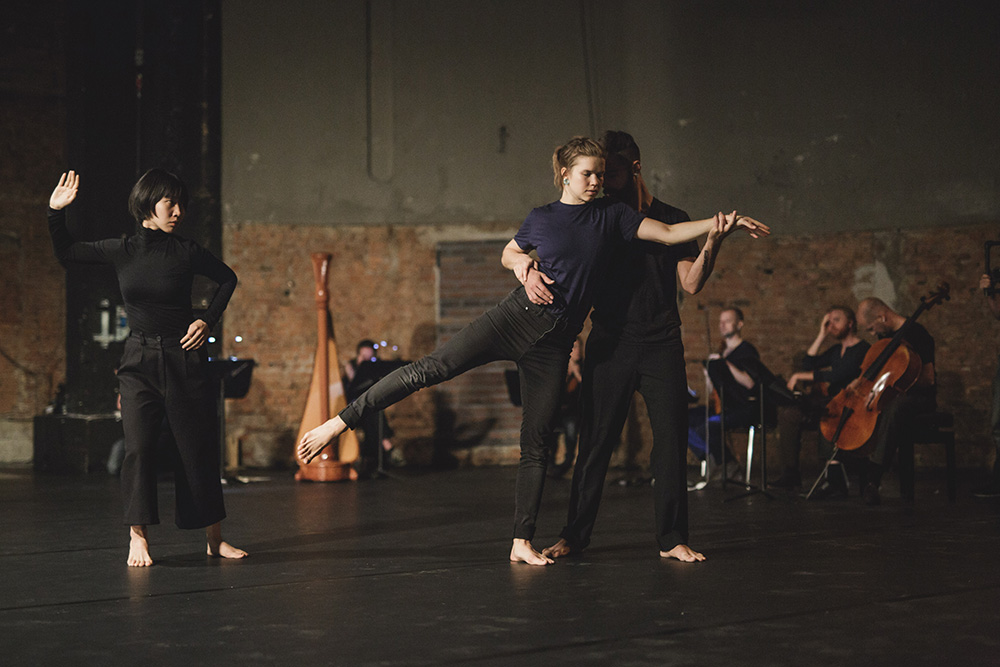 Zeit-Bild, initially commissioned by Stiftung Mozarteum in co-production with SZENE Salzburg, puts the focus on three composers – Wolfgang A. Mozart, Morton Feldman and Beat Furrer. Working with conductor and pianist Alain Franco, Etienne Guilloteau examines the individual composers’ relationship to time. The music was selected according to specific criteria – the varying relationships to time and duration, the timbre of the instruments as well as the contrast in intensity and dynamic. Guilloteau has choreographed a dialogue of movement and music, which is impressively brought to life onstage by the OENM (Austrian Ensemble for New Music) and the dancers of the SEAD BODHI PROJECT. Both fascinating and moving, Zeit-Bild shows how duration is composed by many layers of memories, sensitivity, tension and softness; and how the past, present and a possible future exist in every action of the body.